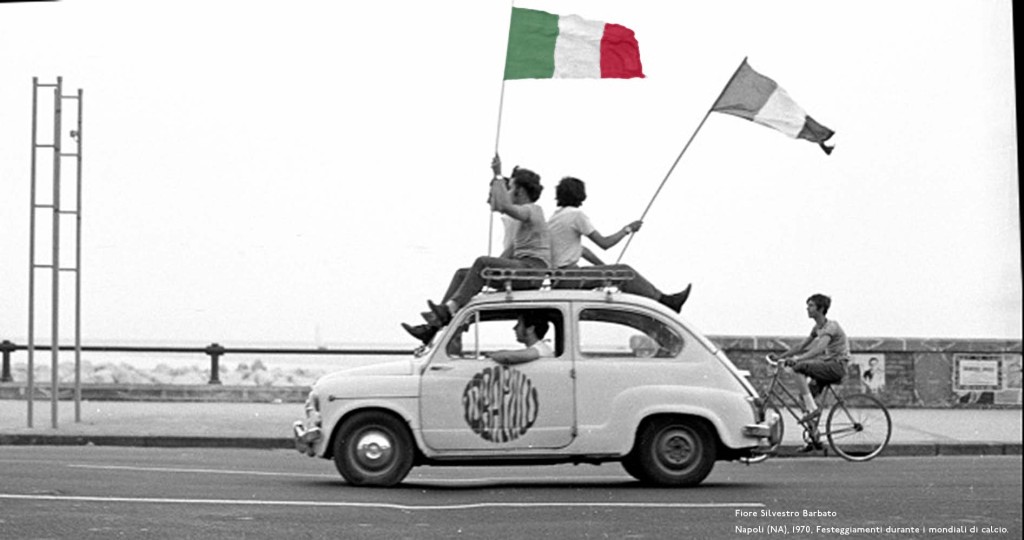 There’s not much I enjoy more in my footy weekend than having a kick-about with some good mates followed by a run down of the events that occurred on the pitch, discussed with the team over some great food. Even when one of those events happens to place me at the centre of some serious banter. One such event that sticks in my mind would be when I charged forward into the box, managing to break through the concrete wall-like defence of the opposition, only to completely and utterly scuff a pass right in front of the goal that was delivered beautifully with impeccable timing by my exasperated team mate. Even having it ripped out of me, and forced to relive that scuff repeatedly over dinner, I soon felt recharged, and ready to get back out on the pitch and have another crack, feeling that that goal would eventually be mine, and I would cease to be the cause of great laughter, by both teams. I got this power to hold my head up high again from none other than the reassuring words that came from the chef of my local pizzeria, and his healing culinary skills. Standing on the kitchen side of the counter, passing out freshly cooked pizzas from the large wood burning oven, he listened to my scuffing woes, and told me to keep my chin up.

If a kind and patient ear, along with good pizza wasn’t enough, the fact that potentially, on a different night, the very seat that I was sitting in could be filled by a player of my local and much loved team, Kyoto Sanga FC, that was motivation in itself to get back out on the pitch again. A Sanga player, could be sitting in the same seat as I, eating an amazing pizza whilst going over that day’s game with their team mates, just like I was. And just like he did to me, the chef would be slowing nodding his head to show reassurance, as his listened to their tales from the pitch. This pizzeria, frequented by the players of the local club, could also very well be the restaurant a young local player chooses to bid his farewells at, when it comes to the time to transfer to another club, as he prepares to leave the town and team where he made his debut in the world of professional football. And perhaps the pizzas crafted by the chef, his delicious and authentic Italian food, would give this young player some encouragement to take on a new challenge, and give him a pat on the back, sending him on his way.

I’m not for a second, comparing myself, the man who can’t shoot straight for toffee but loves football right down to its grass roots, to the professional players who make stadiums come alive. I simply want to introduce a restaurant where both professional and grass park players, can relax and have a good time after a day on the field. This place is a pizzeria based on the traditions and tastes of Naples, and dedicated to using only the finest local ingredients of Joyo, a small city sandwiched between Kyoto and Nara.
Just a 10 minute drive away from the training ground of Kyoto Sanga FC, and a short stroll from Joyo City Hall, this pizzeria is tucked away in a back street in a local neighbourhood, and wouldn’t catch the eyes of most passers-by. Yet this restaurant is always chocker-block with its regulars. 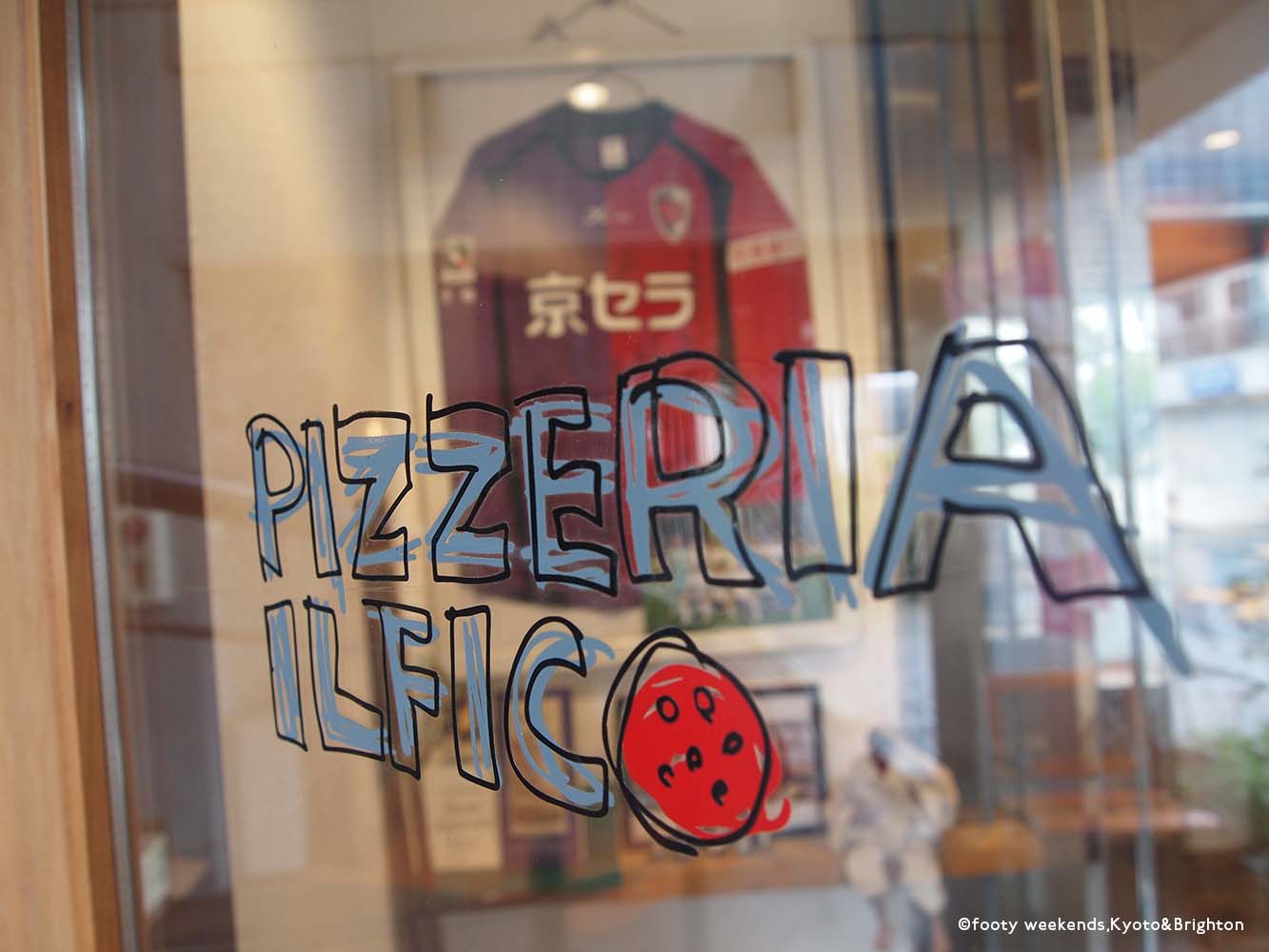 ‘Il Fico’, named after the Italian word for ‘fig’, which happens to be Joyo’s famous export, Il Fico is not only a fantastic pizza restaurant, the group includes another Italian restaurant, a bakery, and a winery that is to be opened in the near future. The head chef and master of cooking these magical pizzas, is Hiromasa Nakashima. Hiromasa dived into the world of culinary creation after jumping off the salaryman ship. Being a foodie and having worked already at various restaurants here and there, he quit his job with the goal of becoming a chef. The day soon came when his high school class mate, and now owner of the Il Fico Group, Mr Matsumoto, approached him and said “That pizza you made me at Kitsu Station, it made me think that there’s a business opportunity waiting. How about you join me and we do it together?”. This statement was followed rapidly by Mr Matsumoto’s astonishing request ,“So do you think you can go and do some research about it in Napoli?”. With that, Hiromasa saved up the money for the research trip, whilst working down in a pizza restaurant in Nara. And with the loving support and understanding of his wife, he left his beloved family and Japan behind, as he began his research adventure to become a pizza chef in the home of the pizza, Naples. This was quite a mission for his first time travelling abroad. 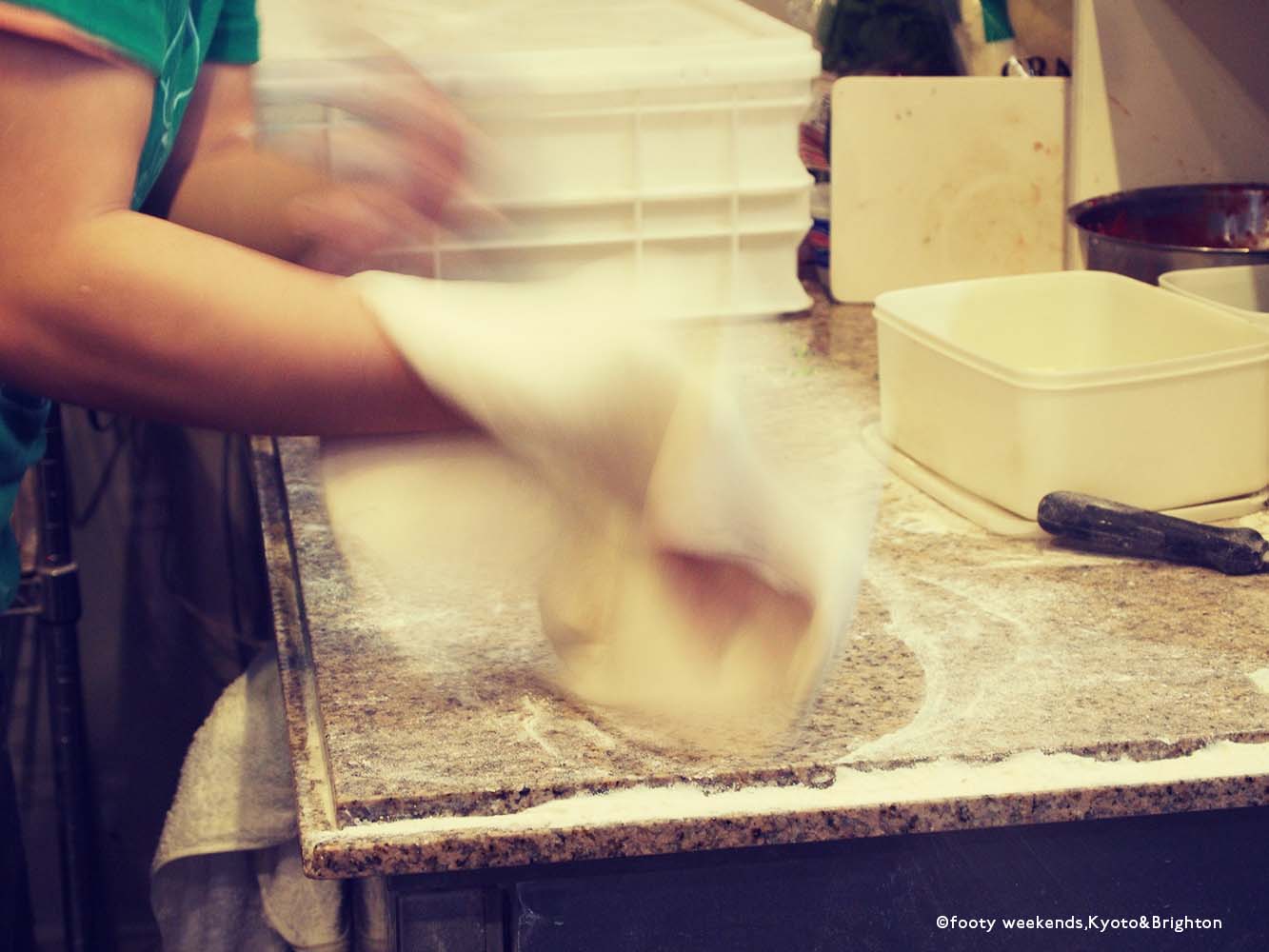 Hiromasa was introduced to a restaurant by his friend living in Italy, and he set up Hiromasa’s first training opportunity. In this first restaurant, he found it hard to get a chance to actually try his hand at anything, or learn anything at all. The owners and his colleagues rarely gave him anything to do. With too much time on his hands, and finding that the only thing he could do was sightseeing, which was absolutely not the purpose of coming all this way, he began to look for a new restaurant to train at. He managed to find a new mentor that was kind enough to take him in, with the reasoning being that Japanese people tend to be hard workers. With a huge feeling of responsibility on his shoulders, and the growing frustration of not being able to do the only thing that he had saved up and come here for, he was looking forward to getting his hands deep in dough. At first, even in the new restaurant, he found himself as the target of his mentor and colleagues on a daily basis. Their harsh words tearing away at his nerves. However, he didn’t want to satisfy the hope of some that he would just give up and quit. And he certainly didn’t want to destroy the trust that he had finally managed to build up with his new mentor to get this chance. Plus there was the responsibility he felt for not wanting to tarnish the reputation of Japanese people in Naples. He wanted to leave the locals with a good impression. No, his mission was to take home the techniques and art of pizza making, so he set out to work at that restaurant, starting at 7am and often not finishing until after midnight, working his socks off. Slowly and surely, those around him began to accept him, his colleagues calling him over to come and knead the dough together more and more. They began to show him some kindness and patience. One day, as him and his colleague were about to set out and do some deliveries on the bike, a customer came up and teasingly asked him “Where you from then?”, to which Hiromasa replied in Italian “I’m Japanese!”. His colleague, who had baited him since his arrival, then shouted back “No, no, this guy is a Neapolitan!”. 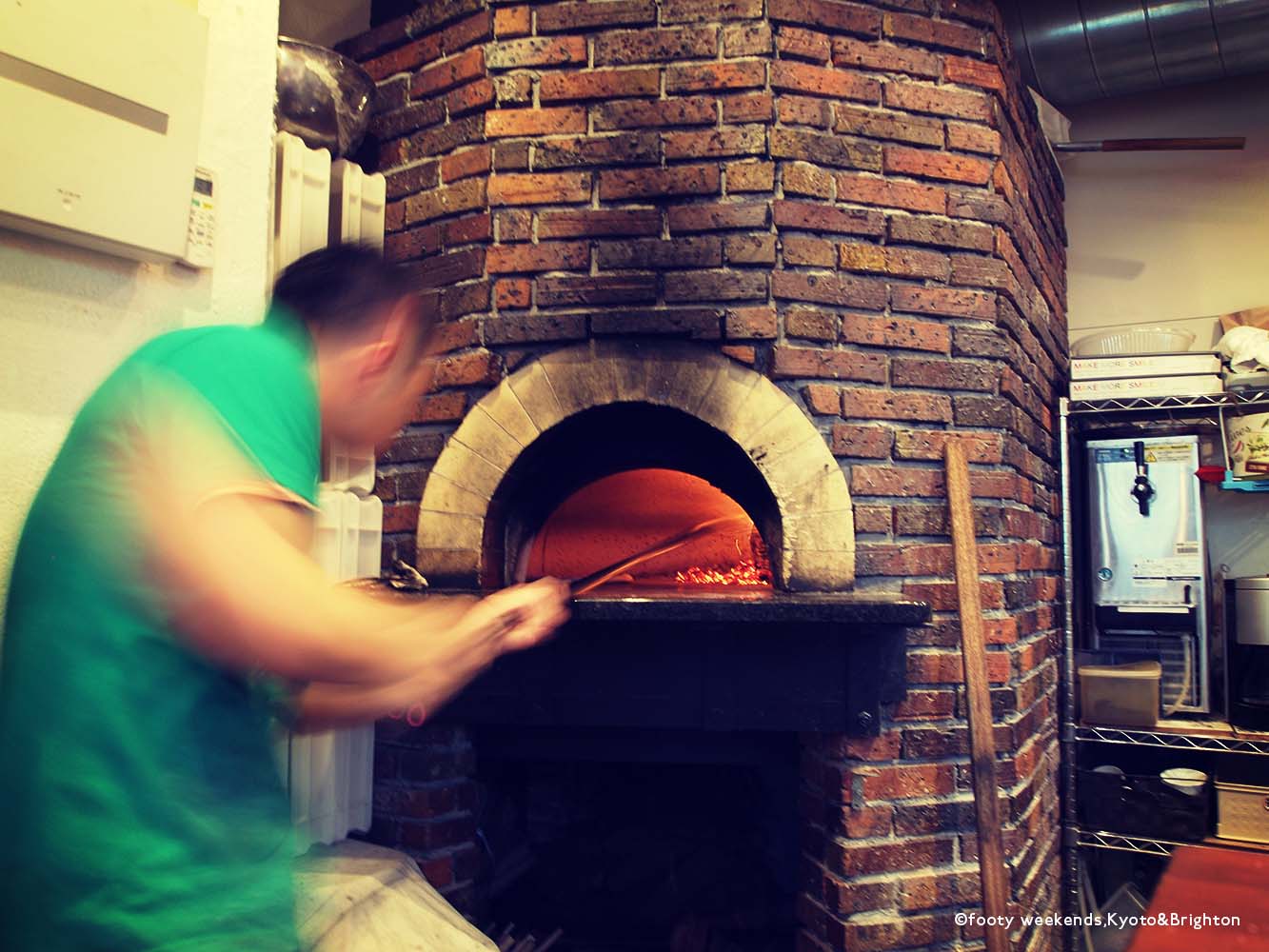 Breathing in the Naples air, stuffing as much of the local food and wine into his body as he could, injecting Naples into his blood, Hiromasa took his mission from Mr Matsumoto incredibly seriously. Towards the end of his research adventure, he would encounter a side of Naples that would allow him to return home having completed his mission with flying colours. He was invited to dine at one of the local’s home. For Hiromasa, this was a priceless experience and the happiest of times. Not only had he been accepted into the community, but also he was able to taste real home cooking. As he passed through the front door, he walked into a house and home life completely unrecognisable to what he had in Japan. Finally he had found the real Naples he had been so desperately researching.


It goes without saying that Naples is a town with football in its heart. When there was a game on, the restaurant owner and Hiromasa’s mentor would throw down whatever he was doing and stop work to focus on the action, staring intensely at the television set up in the kitchen. You could hear the cheers and yells of the local supporters echoing out from all corners of the town, the streets filled with the voices of the locals, children kicking a ball about with each other in the street. It was in this very town and in these streets that Hiromasa had not only lived, but been able to become a member of. This was confirmed and honoured by the certificate of accomplishment that was bestowed upon his from his mentor, the restaurant owner on his last day of training. 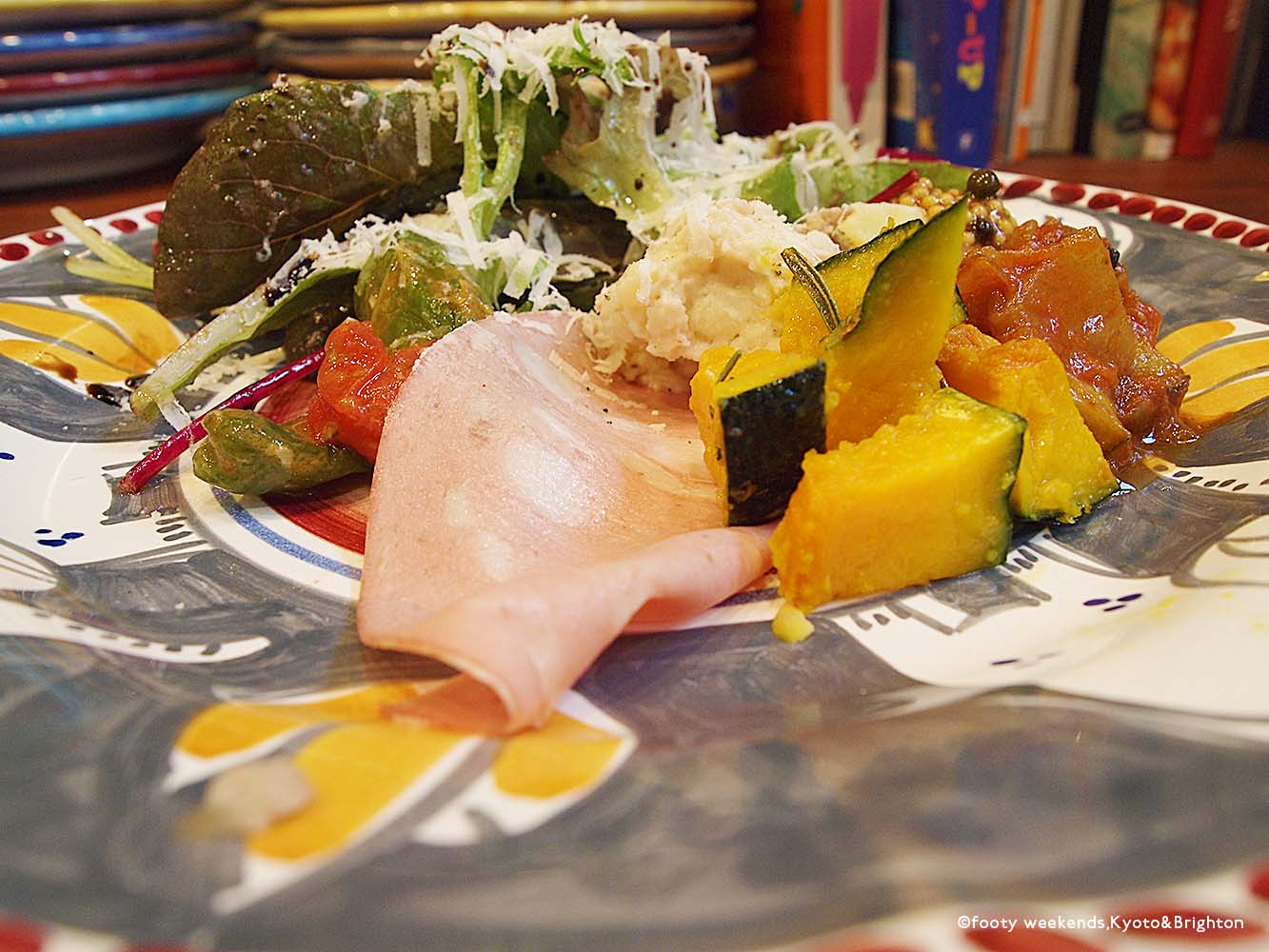 The things Hiromasa experienced during his time in Naples are things that most Japanese probably cannot even begin to imagine dealing with. A boss that refuses to work whilst a football match is on. The torment from colleagues in an unknown language. The casual nature of business over there really hit home when upon his return to Japan, he had to wait months on end for the delivery of plates for the restaurant that he had ordered in Naples, with the Italian end seeming to have little enthusiasm to send them even though he had paid upfront. For Neapolitan pizza masters though, when it comes to the serious craft of pizza making, there is no room for compromise, and their belief in their ways can induce fear into the heart of those trying to learn the way of Naples pizza. Hiromasa did not just return to Japan with some cooking skills. He knows the extent to which the pizza chefs of Naples stick to the origins of the food and maintain their region’s culinary traditions and origins. It is with this knowledge and experience that he has a vocation to bring the taste and feeling of Neapolitan pizza to Joyo. Each day he continues to give the local people the taste of real Italian food with locally raised and farmed ingredients. The Il Fico Group, is not only dedicated to bringing the authentic taste of Italy to Joyo however, they are always working on ways to raise the profile of their hometown, creating events to bring the local community together. After watching Kyoto Sanga FC players train for their next match, or having enjoyed a kick-about yourself in the neighbouring futsal court, pop into Il Fico for a post-match locally made authentic Neapolitan pizza and a sympathetic ear, to round up your Footy Weekend. 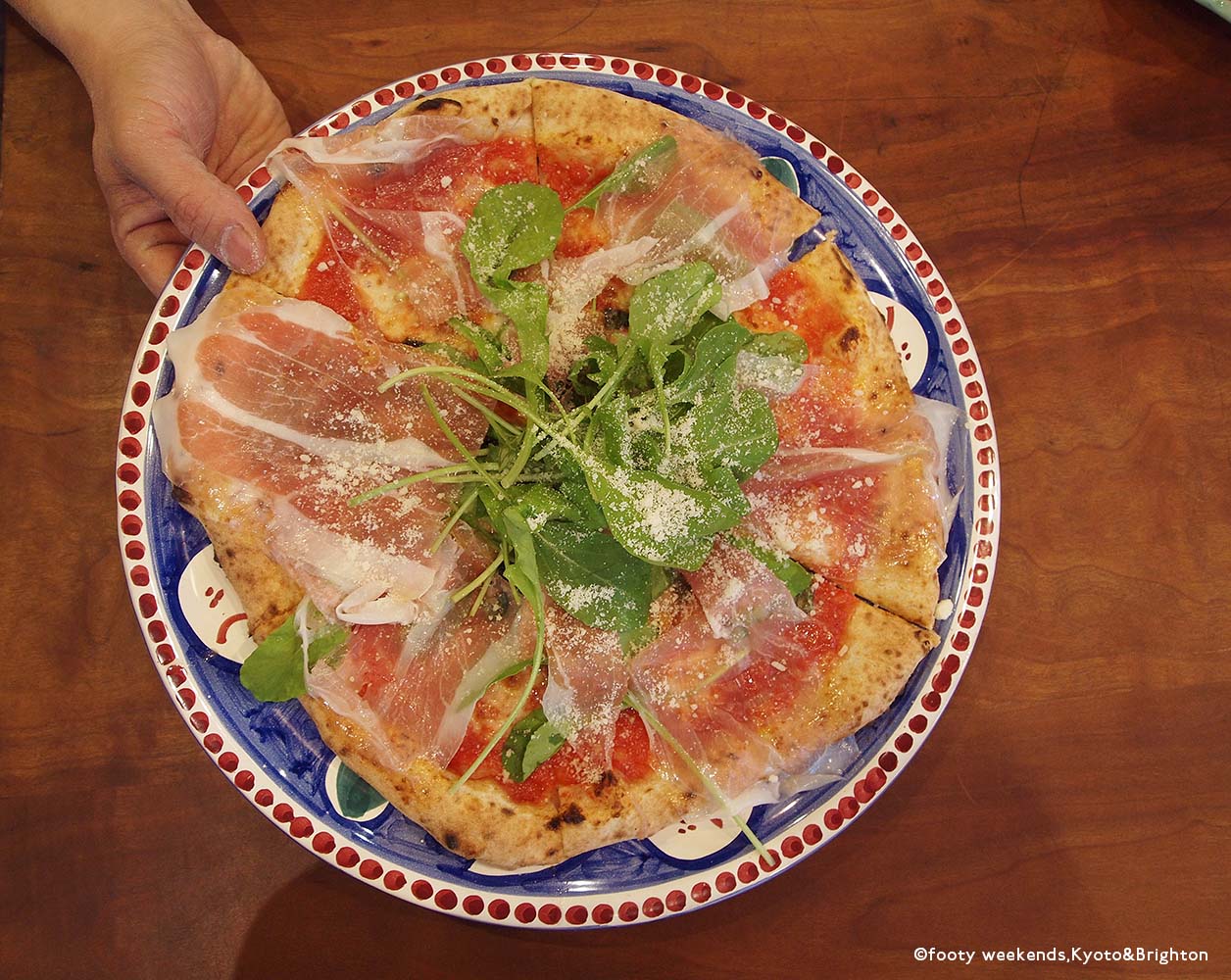